The x-ray showed a clean break… Then came the difficult decision of what to do. The options included removal of the cub to a rehabilitation facility, moving the mother and the other two siblings to the predator enclosure for monitoring, or just leaving the injured cub to the elements. All three options had their risks and probable outcomes. Removing the cub would mean that it would probably be a captive animal for the rest of its life as the time period away from its mother and siblings would likely break the social bonds it had with the rest of the family. Moving three small cheetah cubs and the mother meant four anaesthesia’s compared to one, and darting little cheetah with delicate bones only adds to this risk. Leaving the animal in the wild would likely put the whole cheetah family at risk as the bond is strong and it would slow them down and expose them to greater threats from lion, leopard and hyena. The extent of the break was also a concern. 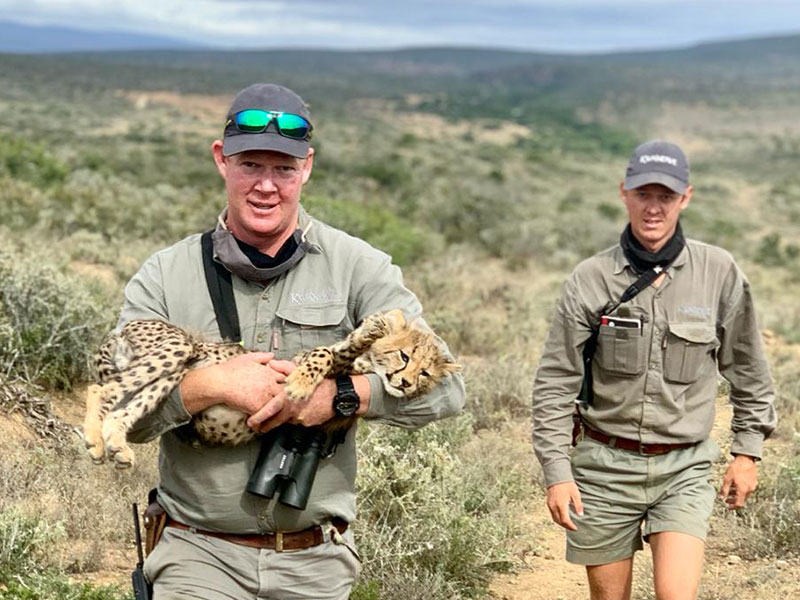 In the end, the decision was taken to move the whole family to the predator enclosure. Cheetah remain an endangered species, which means that for the population, intervention is important to save each animal. The capture was by no means easy, they seldom are in these situations, but the team did manage to move the mother and her three cubs to the enclosure.

After seven weeks, the cheetah family were released from the enclosure, and the break in the cub’s leg seemed to have healed to the extent that the team could not tell which cub had the injury in the first place. There is always risk in these procedures, so when they end well, it is always gratifying for the team who put so much care, attention and love into the process. 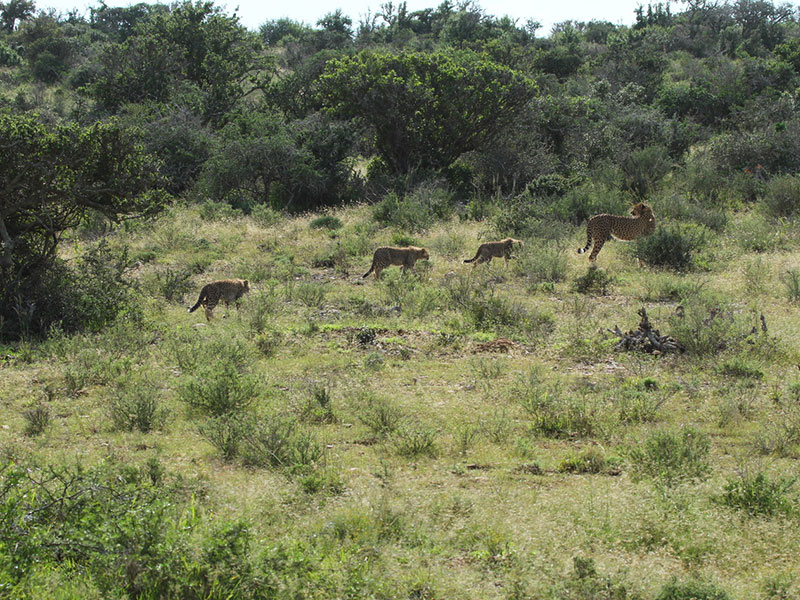 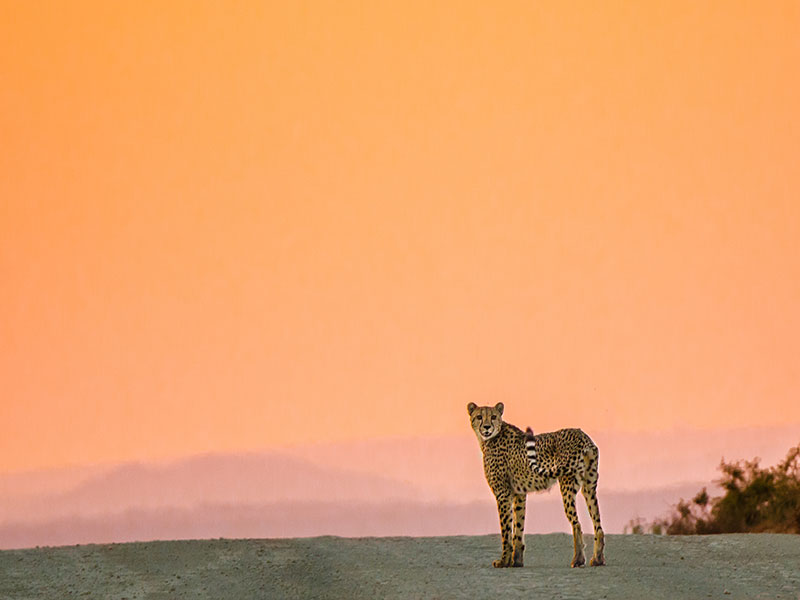 The Kwandwe Wildlife Management team have done their part, but the cheetah family still had to face other perils after their release. Shortly after their release, they encountered a large male leopard that seemed intent on killing the cubs. The cheetah mother put on a very brave display of mock charging the leopard and keeping him at bay long enough for the leopard to lose interest. The cheetah family made a safe getaway over the ridge only to encounter an adult lioness and two sub adults! Another fortunate escape means the family is still intact.

Kwandwe continues to play a large role in cheetah conservation in South Africa. They have been fortunate to send cheetah to many other game reserves and National Parks across the country and are now preparing a swop of genetics with National Parks in other areas of Africa. This metapopulation management strategy falls under the umbrella of the Endangered Wildlife Trust’s Carnivore Conservation Programme. Find out more at www.ewt.org.za.