Honey Badger in a Hole

Stopping in the early hours of the morning is vital, whether it’s for an impala or just to view the sunrise. Stopping and taking a moment can help you as a guide or a tracker as it is a chance when one can listen to the sounds of the bush without the drone of the vehicle’s engine. To listen for a roar of a lion or the territorial call of a leopard that you may be looking for.

In this case, we had stopped to watch a flock of at least 30 guinea fowls, as they fluffed up their feathers and chased each other in circles, we suddenly heard an impala snort out an alarm call.

“Listen! Listen!” Myself and tracker Advice said to the guests. Both in agreement with the direction, we think the alarm calls are coming from, we try and get there while the impalas are still alarming… 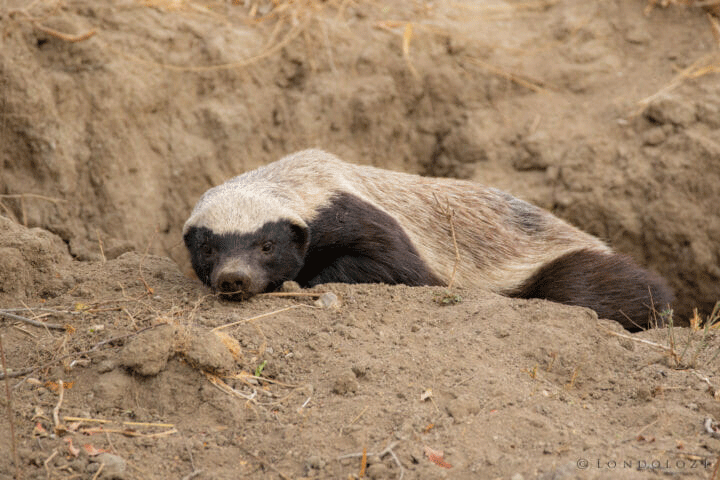 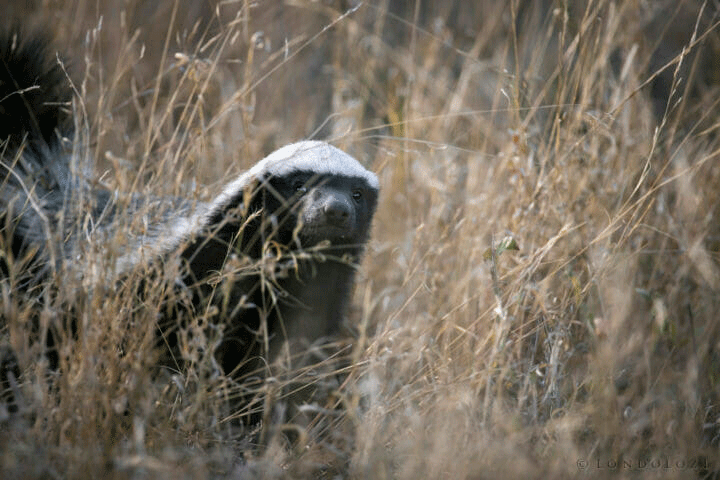 Finding the impala we can see that he is standing tall, staring into a spot in the long grass. “Look there!” we shout. But wait it was not a leopard or a lion to which impala often alarm at. It was a beautiful Honey Badger!

Right from the beginning of their stay, the guests had asked to see a honey badger, knowing very well just how difficult it is to see one, we told them the reality of seeing one is low but of course we will try and look in the areas where we have previously seen them. And there, to our shock on our guests’ last morning, was a honey badger, running with that angry shuffle as they do, right in front of us!

Trying to follow it at a close enough distance so we could see it but not too close that we would scare it away. After a short while, it then ran down into its burrow in a termite mound. We thought that was it! With there being clear signs that this burrow had been frequently used by something, maybe the honey badger. 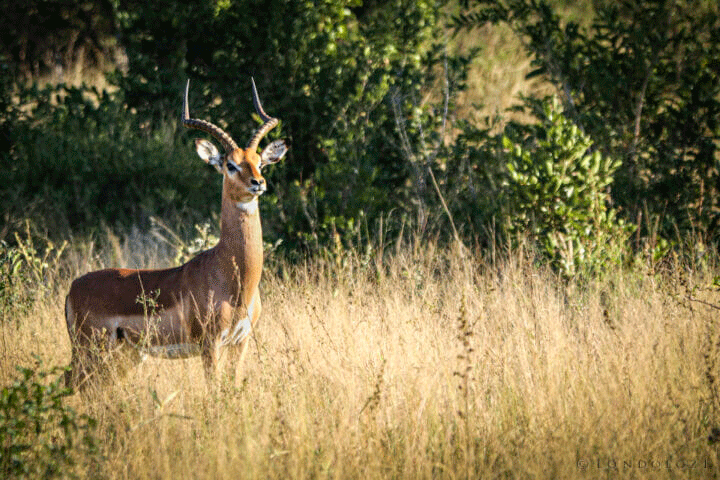 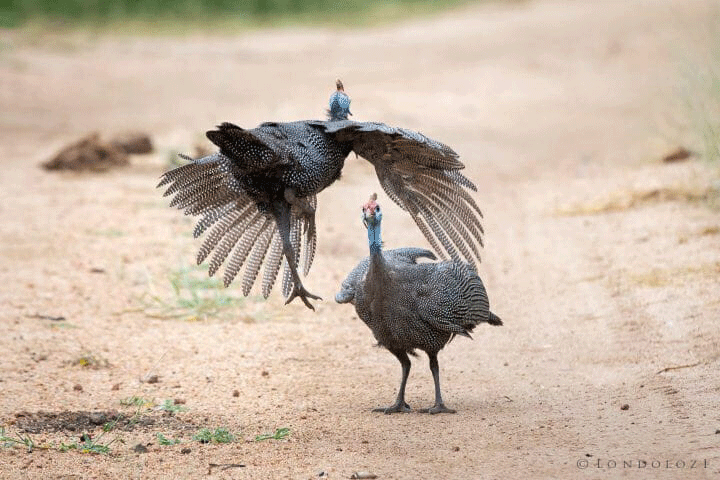 We waited as still as a Heron fishing, not even blinking so it felt like. Then slowly a grey head began to peak out the top and stopped.

Then after what felt like a long minute, the eyes followed, then the whole face. We all looked at each other with our mouths wide open, we could not believe it.

After a while, the honey badger began to relax and rested on the side of the termite mound. Right next to us, out in the open for everyone to see!

Firstly, honey badgers are supposed to be nocturnal, so seeing one during the day, no matter how fleeting the glimpse, is special enough. Knowing how skittish honey badgers are to then be able to sit with a relaxed one out in the open was such a unique privilege, and something not to be taken for granted. We have been going back to that termite mound ever since but we have not seen it… YET!