Lukimbi Safari Lodge is situated in a private concession area of the southern Kruger National Park. Overlooking a dry riverbed and waterhole, this sophisticated African-styled 5-star lodge offers outstanding game viewing in a spectacular wilderness setting. Lukimbi’s 15,000 hectares borders three river systems, ensuring a huge diversity of wildlife, including the Big Five. Lukimbi's one great advantage over most of the other private lodges in the greater Kruger area – its quick and simple accessibility from Johannesburg. The lodge utilises both informative rangers and Shangaan trackers who use their legendary bush skills to bring you an unforgettable wildlife experience when you go out on drives. Sightings at Lukimbi are consistently excellent.

Enter our Classic Suites and enjoy your proximity to nature with high windows, a well-appointed bathroom overlooking the trees and river, and your own private deck extending from your lounge. You can’t feel closer to the bush without actually being in it. Feel spoilt with a spacious bath, inside and outside shower and separate toilet. All suites have air-conditioning; a fan; safe, gauzy, romantic mosquito nets; tea and coffee facilities; and a minibar. Even with children sharing the room, you can luxuriate in the space and atmosphere.

Though the service throughout Lukimbi Safari Lodge is unrivalled, for that extra privacy, and additional space, we recommend our ultra-luxurious Premier Suites- The King Cheetah and Giant Eagle Owl suites. They have a separate bedroom; dining area; a larger lounge; main bathroom with huge ‘shareable’ bath; an inside and outside shower; a second bathroom; and private pool with wooden deck, where elephants quite often stop by for a drink. A must for any special celebration or spoiling!

About The Kruger National Park

The Kruger National Park is the primary destination in South Africa for many international tourists. Each year more than half a million visitors are registered.

The National Park was opened in 1898 at the instigation of then-president Paul Kruger. After hunters had considerably decimated the originally rich game stock, all the land between the Sabie and the Crocodile Rivers was put under the protection of Nature Conservation to ensure the survival of the remaining animals. Only as recently as 1961 was the extended Kruger Park fenced in.

The park stretches from the Crocodile River in the south up to the Limpopo River, which is the international border in the north. Altogether it is 350 km long, 65 km wide and comprises an area of about 20,000 sq. km.

A web of roads of 1863 kilometres leads through the National Park, 697 km of them being tarred. For the visitor there are numerous differently equipped rest camps, most of them scenically positioned. Within the park boundaries, travel is only allowed between sunrise and sunset. After dark one has to stay in one of the fenced rest camps.

The best time for observing the animals is the dry winter season. Then the grass is low, and bushes and trees don’t have leaves so that one can have an unobstructed view. Because it virtually doesn’t rain in winter, the animals come to the waterholes to drink in the mornings and evenings and can easily be watched from the car. 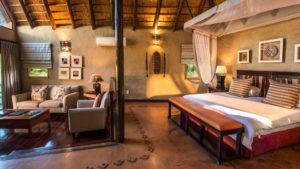 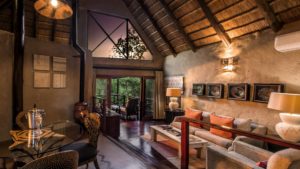 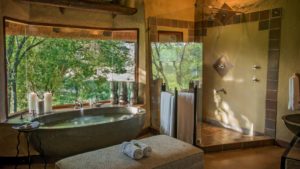 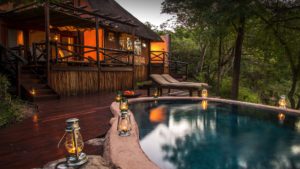 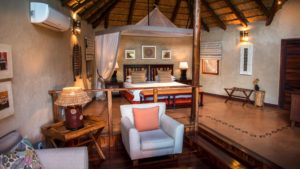 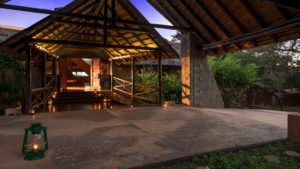 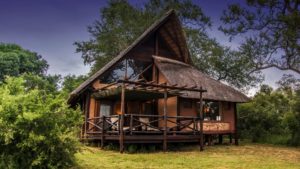 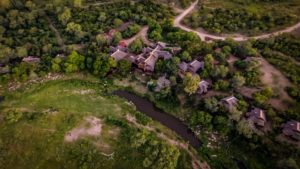 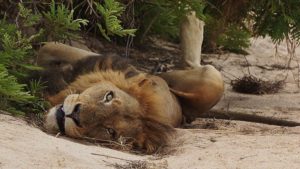 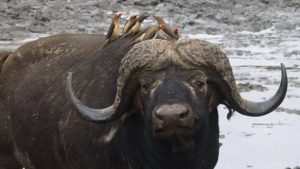 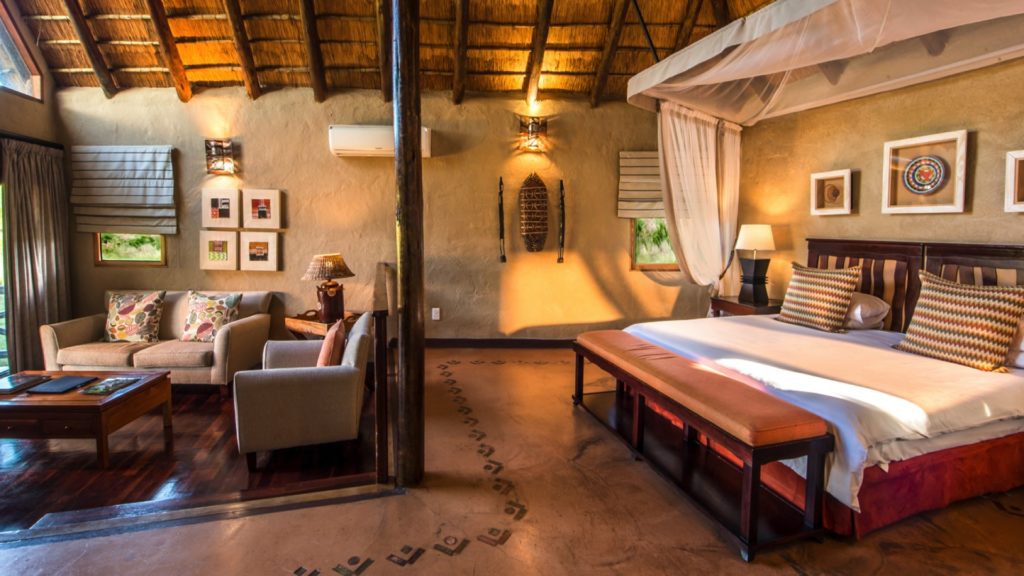 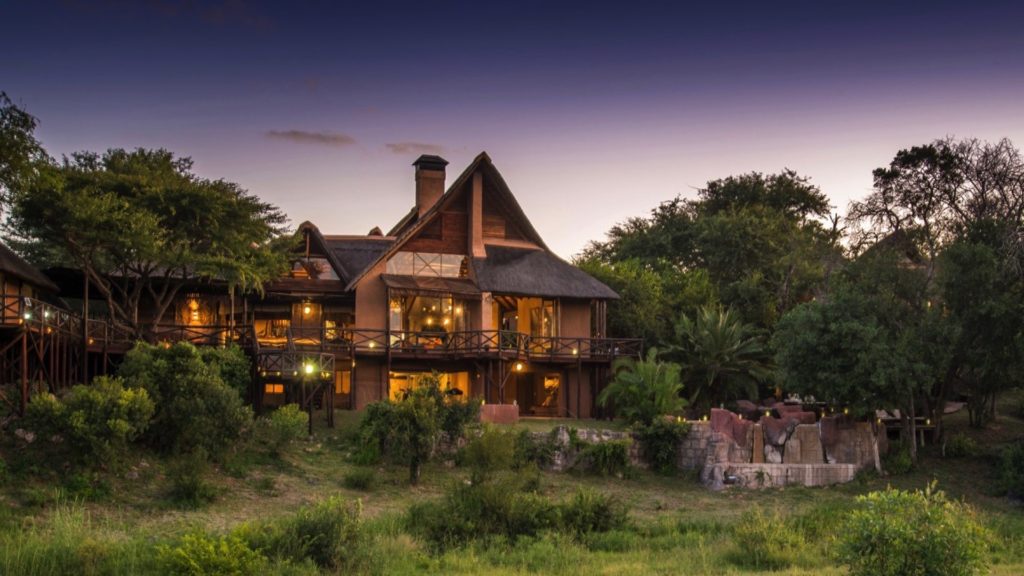 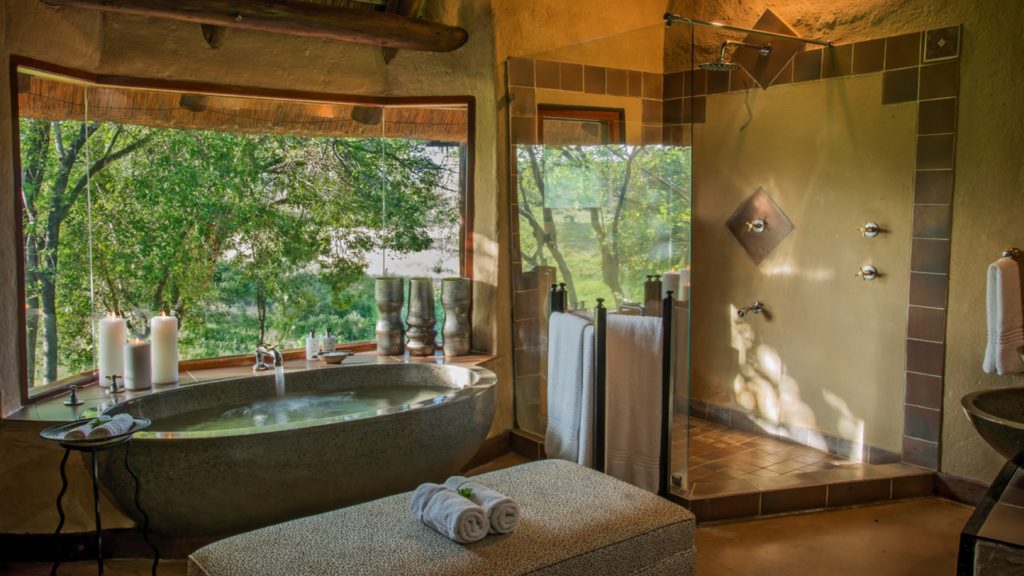 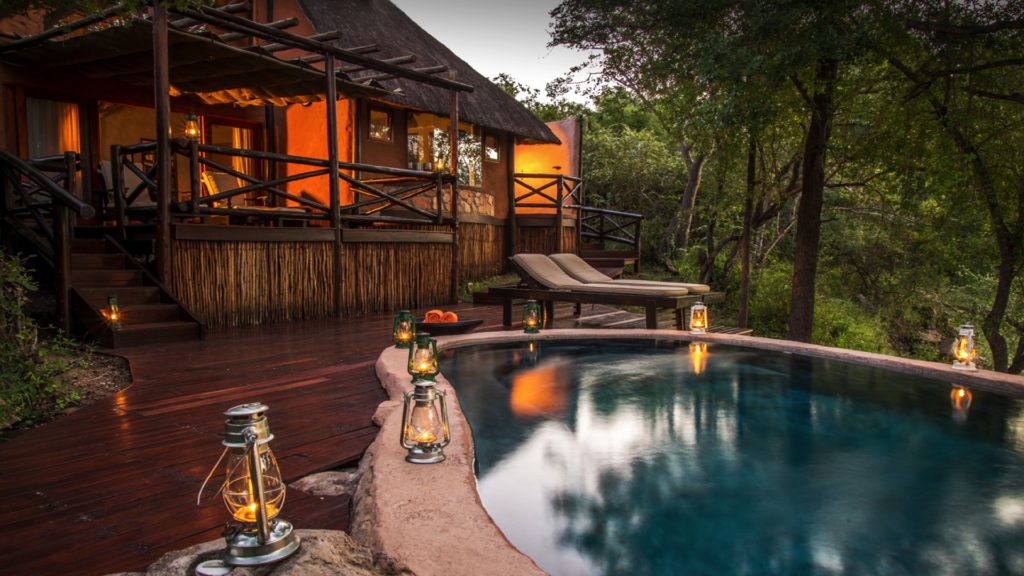 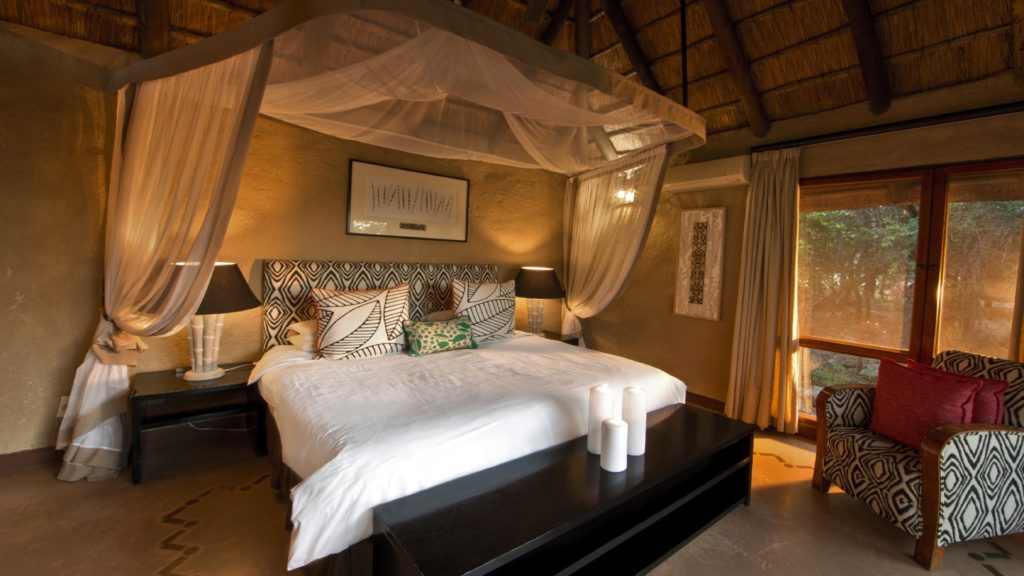 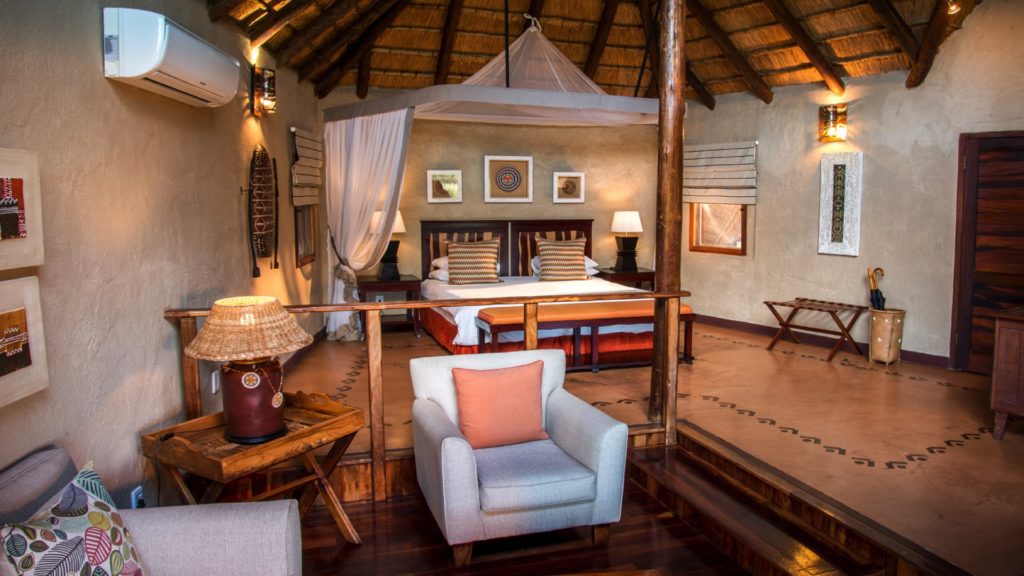 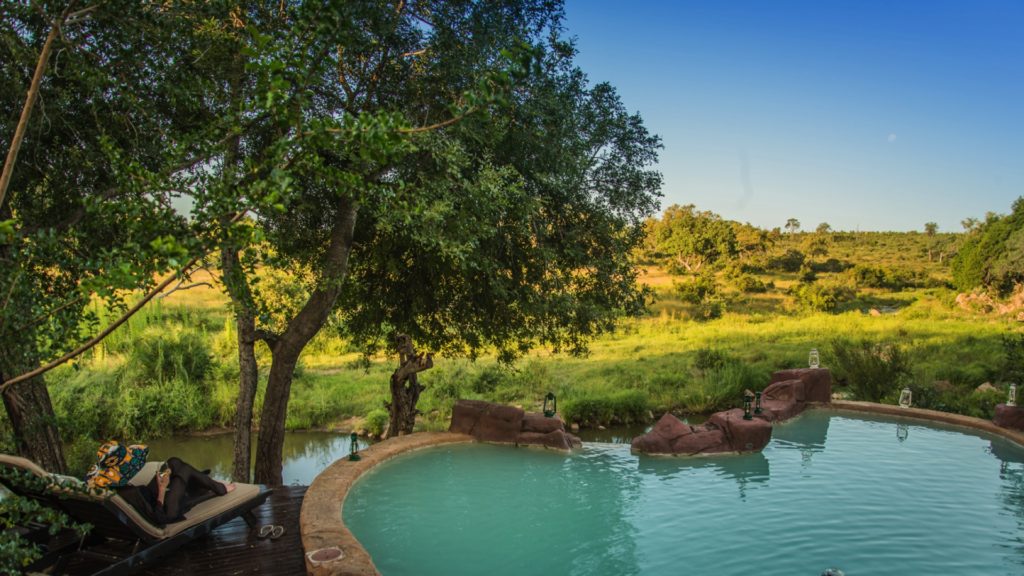 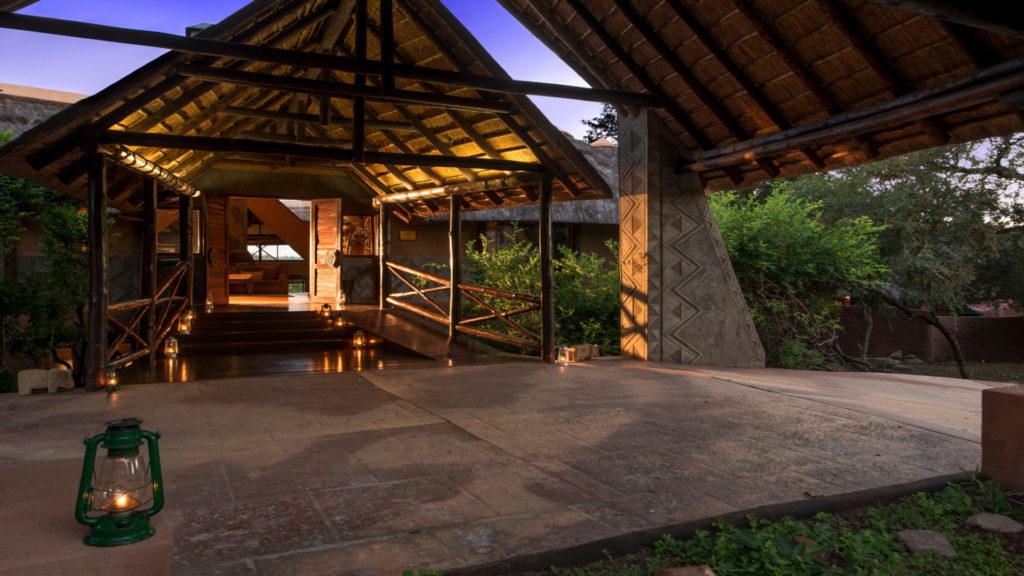 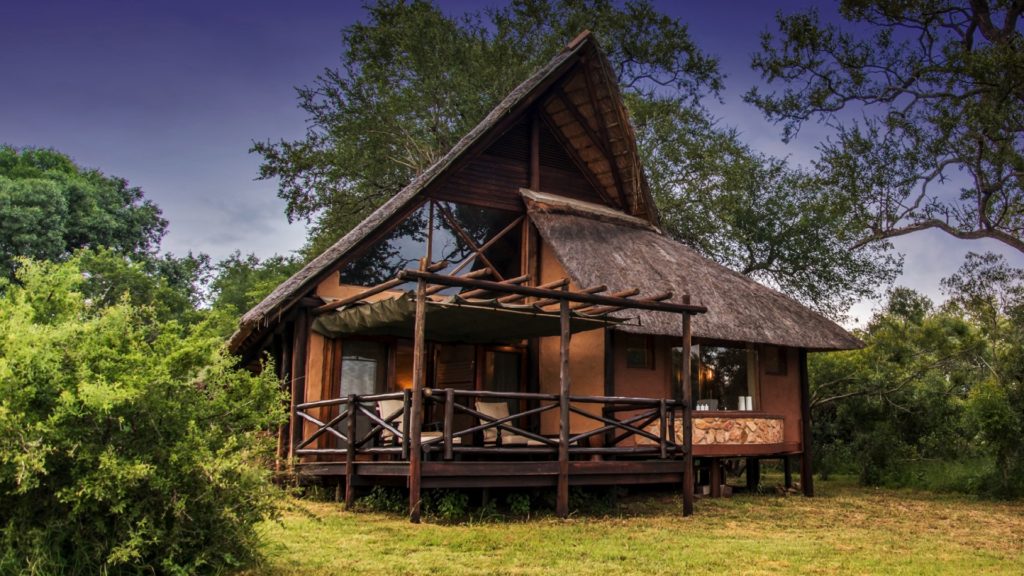 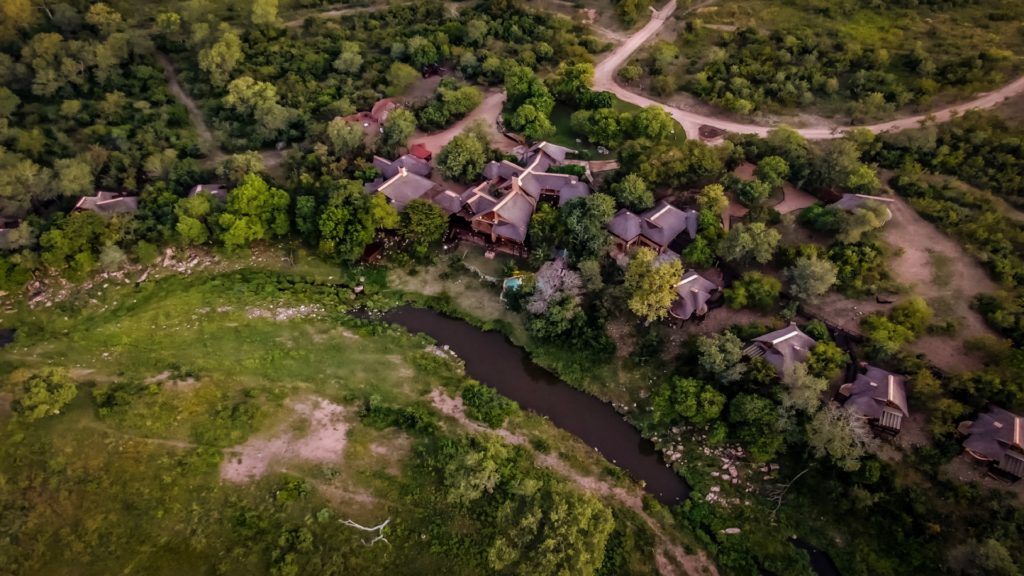 45-minutes from the Kruger Melalane Gate